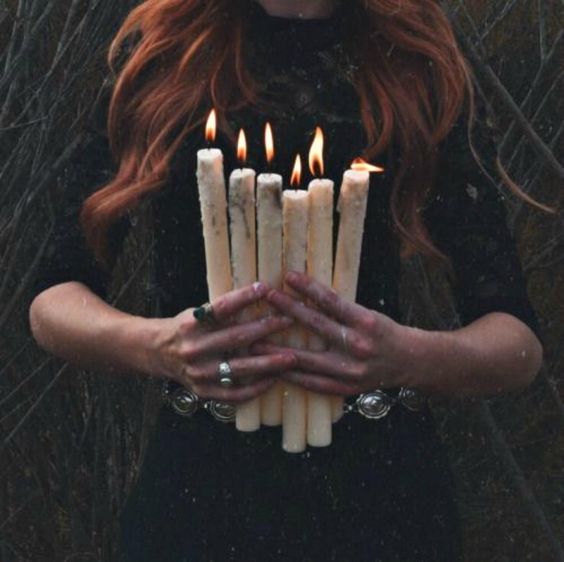 Banishing is one of the core skills that all witches, sorcerers and people who do magick of any kind are required to develop early on in their journey.

Banishing spells are designed to drive away anything the magic-user feels is a threat or a nuisance; unwanted energy, a person, an obstacle, a debt, a disease, an addiction, a bad habit, etc.

In ceremonial magic, banishing refers to one or more rituals intended to remove non-physical influences ranging from spirits to negative influences. Although banishing rituals are often used as components of more complex ceremonies, they can also be performed by themselves.

In Wicca and various forms of neopaganism, banishing is performed before casting a Circle in order to purify the area where the ritual or magic is about to take place. In his books on Nocturnal Witchcraft, for example, Konstantinos recommends performing banishings regularly, in order to keep the magical workspace free of negativity, and to become proficient in banishing before attempting acts that are much more spiritually taxing on the body, such as magical spellworking. Banishing can be viewed as one of several techniques of magick, closely related to ritual purification and a typical prerequisite for consecration and invocation.

For actual workings Aleister Crowley recommends a short, general banishing, with a comment that "in more elaborate ceremonies it is usual to banish everything by name."

Crowley also recommended that a banishing ritual be done at least once daily by Thelema in Liber Aleph vel CXI.

In the Hermetic Order of the Golden Dawn, the Lesser Banishing Ritual of the Pentagram (LBRP for shorthand) must be learned by the Neophyte before moving on to the next grade (Zelator).

While some traditions frown upon banishing as manipulative magic on the theory that it impacts the free will of another, if your tradition has no prohibitions against such things, then there’s no reason you can’t do a banishing to get rid of negativity.

There are a number of different methods to accomplishing a successful banishing. Which one you choose will vary, depending on how comfortable you are with the different techniques, and what you’re trying to achieve.

For many banishing spells, an object is chosen to represent the person, idea, thing or energy to be banished. This item is then charged or programed to represent the target using various means and then symbolically sent away.  Running water, such as a river, is often utilized in this way. Use fire to burn a symbol of whatever it is you wish to be rid of, or earth to bury it.

A popular method of banishing is the use of the various elements, in particular the use of fire or water.

Fire can be used as a method of purification and cleansing by way of destruction.

Water is used in a number of religions for a variety of purposes, including banishing. You can make your own consecrated water for use in rituals.

If you are banishing energy from your person, a ritual bath may be in order.

Salt is also a great tool for banishing. In some magical traditions, it represents earth, and has been used for centuries to get rid of negative energy. In some folk magic traditions, black salt - a blend of sea salt and another item such as charcoal - is used as a protective barrier.

What is your favorite method?

Also read:
Posted by Jovanna Goette at 9:28 AM