Scrying, The Ancient Art of Revelation 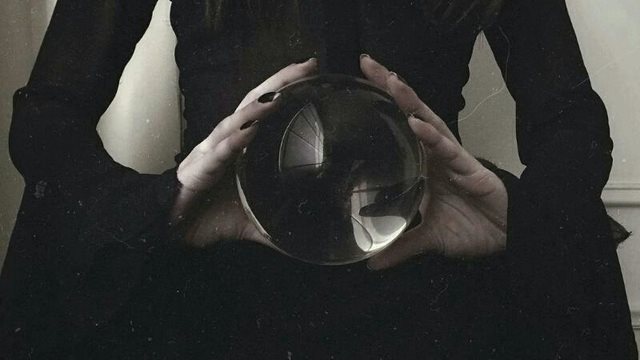 Scrying is the occult practice of using a medium, most commonly a reflective surface or translucent body, to aid perceived psychic abilities such as clairvoyance. The media often used to "see" are water, polished precious stones, crystal balls, or mirrors. There are some who believe the art of scrying is not limited to the use of "reflective" or "translucent" bodies only, but includes other media.

Scrying comes from the Old English word descry meaning "to make out dimly" or "to reveal." Adding the prefix/suffix 'be' (often 'gye' in Germanic languages), gives us the modern word 'describe'.

The objective might be personal guidance, prophecy, revelation, or inspiration, but down the ages, scrying in various forms also has been a prominent means of divination or fortune-telling. It remains popular in occult circles, discussed in many websites, and books; both modern and centuries old.

Scrying has been used for thousands of years by different cultures. Ancient Egypt used scrying in their Initiations. This included water scrying, dream scrying, oil scrying, and mirror scrying. One legend states that the goddess Hathor carried a shield that could reflect back all things in their true light. From this shield she allegedly fashioned the first magic mirror to "see." 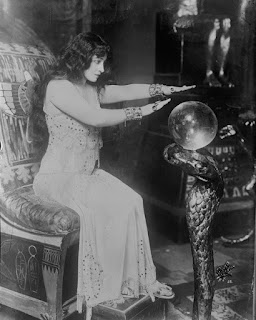 One of the earliest written works of scrying comes from The Shahnameh, a historical epic work written in the late 10th century. Used in pre-Islamic Persia the epic gives a description of the Cup of Jamshid or Jaam-e Jam, as a cup of divination which, according to mythology, was long possessed by the rulers of ancient Greater Iran. The cup was filled with an elixir of immortality and was used for scrying. Ali-Akbar Dehkhoda explains that one could observe all the seven heavens of the universe by looking into the elixir and the whole world was reflected in it. In popular stories such as The Heroic Legend of Arslan, the cup is depicted as a crystal ball. Helen Zimmern's English translation of the Shahnameh uses the term "crystal globe".

In 1958, Classical Greek archaeologist, Sotiris Dakaris discovered a scrying center near the Dodona oracle. This temple was described by Homer and Herodotus, as a place where people would sit in complete darkness while awaiting their turn in front of the oracle. An extensive maze led to a long hallway where the 'gazing' would take place. Dakaris found the remnants of a bronze cauldron ringed with a banister which made it appear that people stand around the cauldron and gaze into it's contents for enlightenment or visions.

Dakaris also describes psychomanteums (sometimes spelled as psychomantium) used by ancient Greeks. These are mirrored rooms designed to communicate with the spiritual realm.

Pausanias was a Greek traveler and geographer of the 2nd century AD. He is famous for his Description of Greece is a ten book series that is dedicated to some portion of Greece from firsthand observations. In his observations of Patras, he writes:

Before the Temple of Ceres at Patras, there was a fountain, separated from the temple by a wall, and there was an oracle, very truthful, not for all events, but for the sick only. The sick person let down a mirror, suspended by a thread till its based touched the surface of the water, having first prayed to the goddess and offered incense. Then looking in the mirror, he saw the presage of death or recovery, according as the face appeared fresh and healthy, or of a ghastly aspect.

One of the most detailed examples of oil scrying are written in the Greek Magical Papyri written in Egypt between 200 B.C. and A.D. 500. This method of scrying is traced back to ancient Babylonians and found its way to the Egyptians and Hebrews. 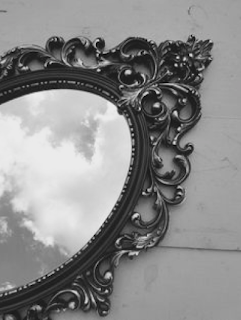 Cloud scrying was actually used by the ancient Celtic Druids in order to further their intuition. Instead of looking for specific shapes in the clouds, they would allow the clouds to spontaneously form and give spiritual images for insight in battles, spiritual rites, or the harvest.

In A.D. 312 when Emperor Constantine was marching against the army of Maxentius at Rome, both he and his entire army saw a shining cross of light amid the clouds. This form of cloud scrying has been used as a form of divination around the world. Clouds are said to be the written messages of the Heavens, foretelling the outcome of current events. This is also the predecessor to the modern childs game of seeing objects in the clouds.

There was an entire Aztec cult dedicated to the god Tezcatlipoca, which literally translated means ‘smoking mirror’ or ‘lord of the smoking mirror’, whereby priests would use flat black obsidian mirrors for obtaining their visions (black being the color of Tezcatlipoca reserved only by priests and also represented strength).

Franciscan Friar Bernardino de Sahagún, who collected ethnographies in the New World, once commented about Tezcatlipoca, “like thewind he is invisible and, like a shadow he moves across the land.” Within the mythology itself Tezcatlipoca’s omniscient powers derived from the implementation of his obsidian mirror in which he was able to know everything and ‘see into the hearts of men.’

Native Americans used a form of scrying by way of rising smoke. This isn't just the stereotypical movie version where a blanket is draped over a small fire and then lifted to release the smoke. Rather watching the rising smoke from a flame and divining images held within the smoke stream.

Nostradamus is believed to have employed a small bowl of water as a scrying tool into which he gazed and received images of future events.

Alchemists Edward Kelley and John Dee employed a form of scrying using a small crystal ball or shewstone - a piece of polished obsidian. The crystal ball and wax tablets used by Dee and Kelley are on display at the British Museum in London.

This powerful tool is now even being used for therapeutic purposes, as Dr. Raymond Moody has utilized scrying techniques to allow people to access an altered state of consciousness so they can connect with the spirit world and departed loved ones. 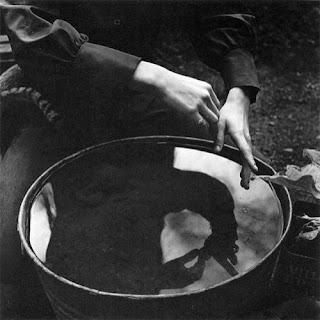 One class of methods of scrying involves a self-induced trance, with or without the aid of a medium such as a crystal ball. Some say that the sensation is drug-like, some that various drugs can potentiate the experience; others categorically exclude any connection with drug usage, claiming that it invalidates any images observed.

Many practitioners say that the scrying medium initially serves to focus attention, removing unwanted thoughts from the mind in much the same way as repetition of a mantra, concentration on a mandala, inducing the relaxation response, or possibly by hypnosis. Once this stage is achieved, the scryer may begin free association with the perceived images. The technique of deliberately looking for and declaring these initial images aloud, however trivial or irrelevant they may seem to the conscious mind, attempts to deepen the trance state. In this state some scryers hear their own disassociated voices affirming what they see, in a mental feedback loop.

Practitioners apply the process until they achieve a satisfactory state of perception in which rich visual images and dramatic stories seem to be projected within the medium itself, or in the mind's eye of the scryer.

What each person sees is different. Some readers see only colours and light from which they can divine meaning. Others see shapes or cloudy figures in their visions. Still, others get perfectly clear images they are able to remember. It is very personal and there is no one right answer.

More than what a person sees, how they interpret the images varies as well. Depending on what you are seeing, whether colours or full scenes, will inform what you take away from it. Some people use scrying to get a feeling for a situation while others are able to read symbols and explain the meaning behind them.

You don’t have to do either. Scrying can just be a meditative process for you. This form of divination can also just help you relax your mind and find your inner self.

Scrying helps us to get in touch with our unconscious minds: the realm of the soul. As such, it can be used as a powerful form of self-understanding and psychoanalysis. If you’re struggling to find direction, meaning or purpose in life, scrying could be a wonderful way to get in touch with your core needs, dreams and goals.